Recently we had the chance to speak with a group of Turkish high school teachers and professors of education. We discussed the common concerns of teachers – serving students of differing backgrounds and abilities, preparing students for standardized tests, responding effectively to parental concerns, etc. I also had the opportunity to ask a little bit about teaching religion in the schools. Unfortunately I was not able to get into the detail I would have liked, but one point struck me.

I was speaking with a very secular teacher who expressed dismay at a recent change in the schools. Prior to two years ago, the state funded a relatively small number of religious high schools, intended to train students for the ministry or for Qur’anic teaching. They have now begun these religious schools with middle school, and expanded the number of students. The teacher commented, “They want to get the girls to cover [wear the hijab] as soon as they are adults” (meaning the traditional religious definition, c. 12 years old). The teacher also claimed that there would not be enough jobs for the people who gradate from these schools. When I asked another, passionately secular Turk, about this change he said “the Islamic radicals [note – those were his words – I think “religious conservatives” might be more accurate] want the student to go to these schools before he can think for himself and say no to his parents.”

On the other hand, a friend asked another secular teacher, “Are students allowed time off during school to pray?” and she reports that the teacher seemed horrified. “No – they can pray on their own time.” And the veil is still disallowed in the state schools. If I am understanding the situation correctly, then, the schools appear to be a battleground for enforced secularism vs. enforced religiosity. 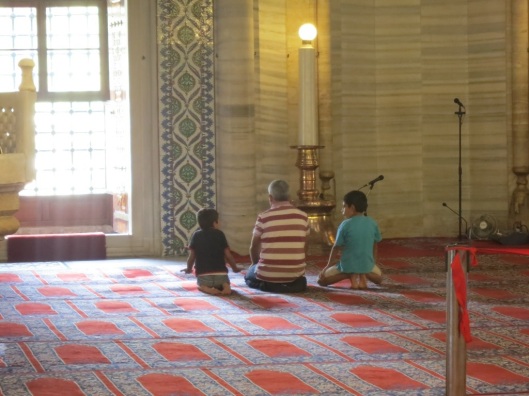 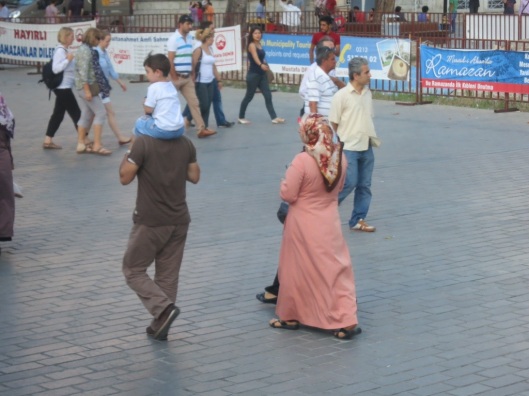