Oman has swung from substantial to impoverished and back again. The trading history is fascinating and romantic. In the 18th century Oman controlled a series of ports along the Somali and Kenyan coast, as well as the island of Zanzibar. Trade was conducted by dhows, the last of which was built for (for actual commercial use!) in 1951.

Built as an actual trading vessel in 1951! Cool, but also showing the technological limitations of Oman at that time.

The beautiful harbor and lighthouse of Sur

Nowadays in the Omani coastal town of Sur they are still building dhows. Now, however, wealthy princes from other Gulf states order them as symbols of their commercial history! Made of teak and taking a year to construct, they don’t come cheap. 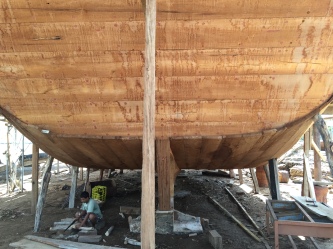 Caution: symbolic use only!
During the 20th century came a time of steep decline; Oman became incredibly poor. Since 1970, however, when the current Sultan deposed his father, the increases in all markers on the human development index have been dramatic. Oman once again does a serious sea trade; this time in oil and natural gas. 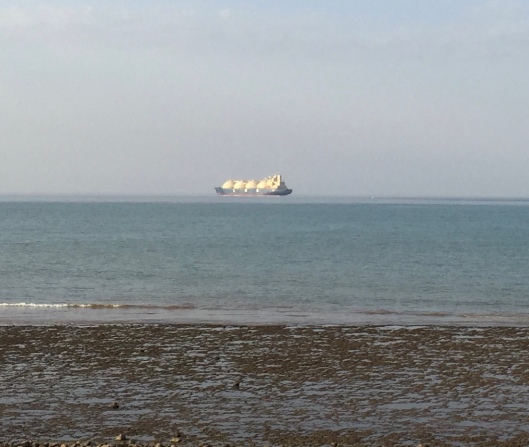 LNG tanker off the coast of Sur, Oman