My Airbnb host and my guide both recommended that I walk to the Yellow Bastion, and pointed to (I thought) a large yellow 19th century building on a hill. Reviews online speak of it as an Ottoman era fortification; I was a bit confused and even more so when I came to stone earthworks with couples and families enjoying the view,

but with the yellow building still above me and no signs pointing toward it. I walked along a local road, to the outskirts of a neighborhood, and was now circumambulating the building and its grounds. On the back side I finally had a clear view inside; it is a dramatic ruin clearly shot up during the siege.

It turns out that this is the Jajce Barracks, built by the Austro-Hungarians. A little reading tells me that the Dayton agreement forbids the government(s) from selling government of land, because neither the Republika Spska nor the Bosnian government will trust the other to do so. The result is that some places, like this, are slower to redevelop than others. By the way, the view is indeed gorgeous and while heading to the barracks isn’t necessary unless you like ruins, just beyond the actual Yellow Bastion is the café kamarija. It was hopping on this sunny Saturday afternoon.
Finding myself with a little extra time, I decided to take the tram out to the new part of town and the Avra Twist Tower, the tallest building in the Balkans. I thought I was heading into the center of the modern city, but it turns out it is slightly beyond that – next to the seemingly abandoned rail station, some empty houses and littered lots. On the way one passes a huge gray walled compound with multiple police patrols and ubiquitous CCTV cameras – unsurprisingly, the Embassy of the United States of America. 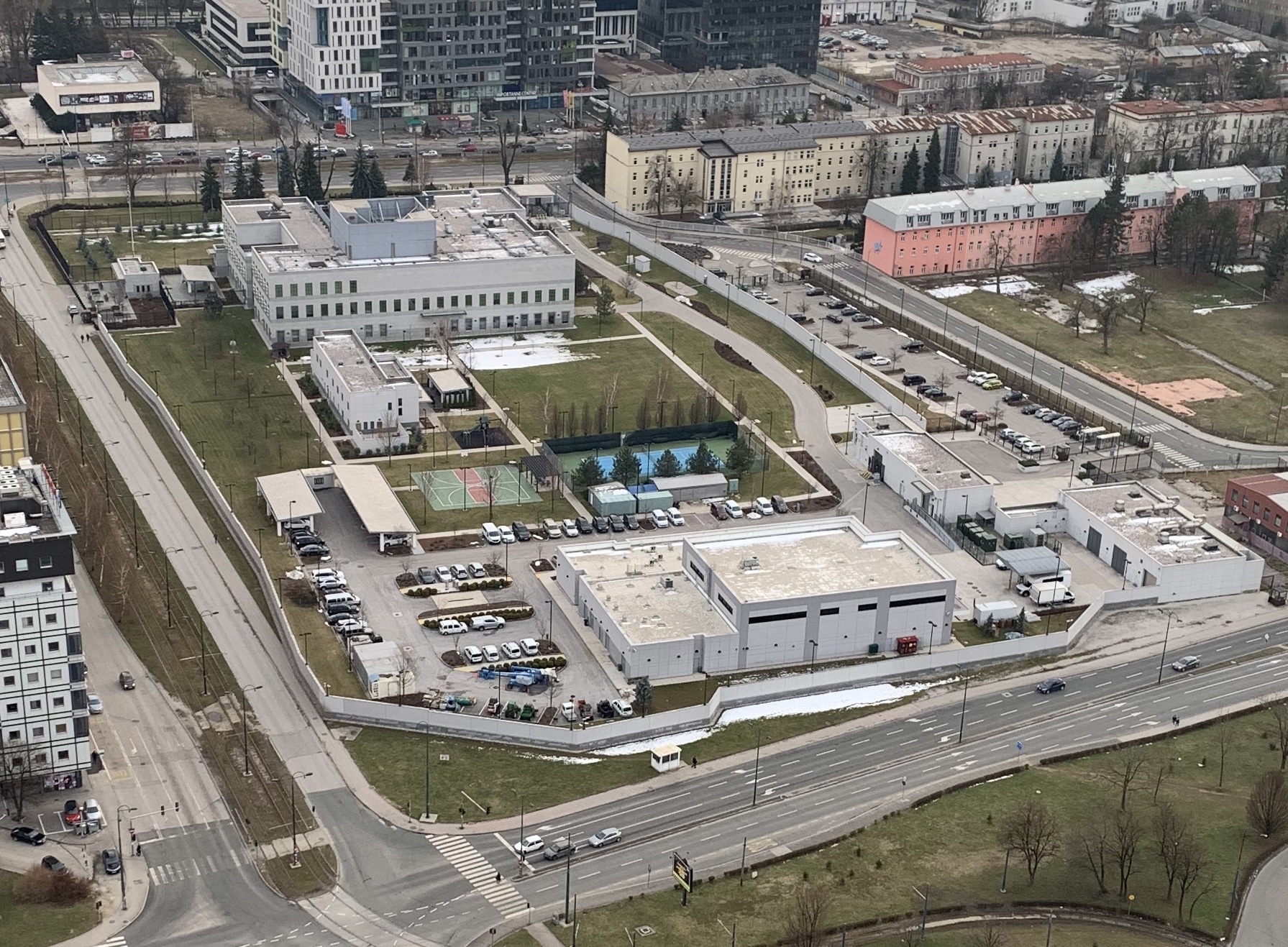 The tower itself is what one would expect: modern, express elevator to the top, bar/café on the 35th floor (with a good number of people there) and observation deck on the 36th.

My impression was one of a government trying hard – rather than a natural next step from the modern part of the city it seemed like a highly intentional “project.” But I don’t know the finances or the plans for the train station or areas surrounding it – perhaps it will be a success, or at least the root of more development.