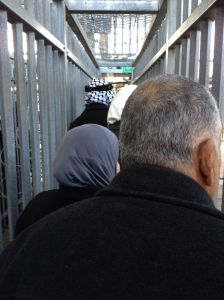 Going out of style?

How rare are attempted or completed annexations of territory in the postwar world? Examples I have found so far:

Does anyone have additional examples, other than East Jerusalem and whatever the West Bank settlements are supposed to be? At first glance, annexation and attempted annexation appears to be rare in the contemporary postwar world.  Annexation is a particularly depressing form of political domination, especially when joined with an attempt to displace the local people. (Displacement can happen in many other forms, including the displacement of Jews in most Arab countries since Israeli independence, and should also be condemned.)

I’m wondering about annexation because I am currently reading the section of Steven Pinker’s The Better Angels of our Nature: Why Violence has Declined in which he argues that an large number of war related statistics have dropped to zero or near zero since the Second World War, for the first time in history.

In Jerusalem the past is everywhere, and one obvious conclusion is that waves of empires and peoples follow each other in unending succession. Of those peoples, whom do we see and remember? In declining order of importance:

Pinker’s book, though, offers a counterargument. While this is the way the world worked, and the way much of the world continues to work, it works less and less this way. The Enlightenment has been a success. It has had a slow, fitful progress with the single largest setback in human history in World War II and the Holocaust. The Enlightenment, as many have pointed out, failed the Jews. Nonetheless, Pinker argues persuasively, the trend lines are in the right direction. Cosmopolitan humanism is also a better way to live than tribalism, nationalism or other models. It yields greater economic success, more stability and richer cultural life. It results in less war, fewer homocides, and a decline or virtual elimination in many horrors: slavery, child labor, public torture and animal cruelty for entertainment, among others.

So, a tentative assertion: forced annexation is an evil that is not only no longer necessary, but on its way out as a method of doing the business of peoples and states.

Steven Pinker is in favor of cosmopolitanism and opposed to religious prejudice, tribalism and nationalism. He sees international institutions like the U.N. as correlated with a decline in interstate warfare. He notes that women’s rights and the rights of minorities have resulted in a decline in violence against these groups. He does not advocate unilateral pacifism, and does have historical examples where weak states have suffered as a result. He does argue, however, that less insularity and greater democracy leads to less violence.

As I listened to Professor Pinker discuss his new book The Better Angels of our Nature: Why Violence Has Declined, I could not but think how his points apply to the current trends in Israeli politics and society. A rise in insularity? Check. Nationalism? Check. Anti-democratic legislation? Check. Hostility to international institutions? Check. Assaults on women’s rights? Check. Prejudice against a minority? Check. Tribal? Check.

International institutions like the Ecumenical Accompaniment Programme in Palestine and Israel are on the side of the angels, according to Pinker. The Israeli government does not agree.

And yet, when asked the question “What about Israel?” he interpreted the question as meaning, “Isn’t the threat to Israel a counterexample to the trend of declining violence?” (He responded that in fact the Arab-Israeli conflict has been far less bloody than many, and the last war Israel fought against another state was in 1973, consistent with his hypothesis.) His only reference to the Palestinians was in the context of making a point that terrorism almost always fails to attain its stated political goals. He also pointed out that the Arab world has failed to reduce violence to the extent of much of the rest of the world, though he sees hopeful signs of that changing. All these points are absolutely legitimate, but I was interested that he either did not hear or chose not to articulate the lessons for Israeli politics inherent in the case he was making.

I love hearing Prof. Pinker speak, and I am excited to read his book. I also think that the lessons for Palestinian politics are legion. Indeed, Hamas is on the wrong side of pretty much every one of the trends that lead to a decline in violence. Still, I would have liked to have heard Prof. Pinker comment on ethnocentrism and dehumanization of the other in the context of the Netanyahu coalition, settlers shooting their neighbors, and the “price tag” attacks. His book sounds to my ears like an extended critique of many current Israeli policies, and I’m surprised he chose not to make that point.